To share your memory on the wall of Daniel Grennan, sign in using one of the following options:

Daniel’s booming laughter, wicked sense of humor, and generosity brought joy to all who knew him. His adored family was his primary source of satisfaction and pride. He started and owned Crosstate Title Agency, Inc. in Pompton Plains, NJ. Daniel was known for his intellectual curiosity, as well as his devotion to the New York Yankees and New York Giants. More often than not Daniel could be found listening to music at full volume.

Daniel was predeceased by his father Mike Grennan, his mother, Alice Grennan, and his sister, Kathy Mackey.

Relatives and friends will be received on Sunday December 13th from 2-4pm with services at 4pm at the Ferguson-Vernon Funeral Home 241 Rt. 94, Vernon, NJ (GPS use 1 Vanderhoof Court). In lieu of flowers, donations, to the American Kidney Foundation 6110 N. Executive Blvd., Suite 1010, Rockville, MD 20852 or to www.americankidneyfoundation.org. For condolences and directions see www.fergusonfuneralhomesnj.com. Due to government regulations up 75 masked people at one time inside funeral home.
Read Less

Donations are being accepted for: American Kidney Fund.

We encourage you to share your most beloved memories of Daniel here, so that the family and other loved ones can always see it. You can upload cherished photographs, or share your favorite stories, and can even comment on those shared by others. 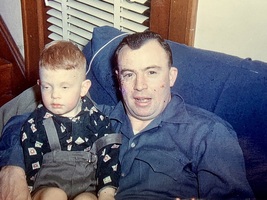 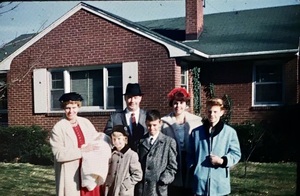