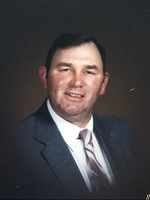 Warren Raymond Baldwin Sr, 87, was called home to be with the lord on Sunday, January 24, 2021. Warren was born in Vernon, New Jersey on January 21, 1934 to Robert & Allena (Mott) Baldwin. Warren was the first junior member of the Vernon Fire Department. He graduated from Sussex High School in 1952 where he played basketball and baseball and most importantly, met the love of his life, Connie.
The two married on July 6, 1952 and raised their three sons; Wayne, Gary and Warren Jr. on the dairy farm that they started together, Bawaco Farm. Warren was heavily involved in Vernon Township as well as Sussex County. He proudly served two terms as Mayor in Vernon (1970, 73), was a town committeeman (1969, 71, 72, 74) served as the President of the Sussex County Board of Agriculture and Chairman of the Sussex County Agway Committee. He was a member of the National Holstein Association, Regional Director of the National Community Bank and a life member of the Vernon Fire Department. Warren was also a devout member of his faith and attended Stockholm United Methodist Church. After retiring from dairy farming, he worked for his brother Robert at Baldwin Enterprises.
Warren truly enjoyed the simple things in life, like working on the family farm, which is still in operation through his son, Warren Jr and his family. He was happiest sitting on his tractor mowing and baling hay, gathering at Pochuck Valley Farm each morning for coffee and conversation with the regulars, playing Bridge and Dominos with his wife and friends and anytime he was with all of his family at the countless picnics and gatherings we had.
Warren was welcomed into heaven by his mother, Allena, his father, Robert, and his brother, Robert “Baldy”. He is survived by and will be deeply missed by, his cherished wife of 69 years, Connie. His 3 sons Wayne (Conny), Gary (Martha) and Warren Jr. (Carol). He was adored by his Grandchildren Tim (Rhonda), Kelly (Chris), Jennifer (Rob), Nancy (Joe), Nicole (Bert), Adam and Gary II (Tara) as well as his 9 Great-Grandchildren.
Warrens family would like to extend our sincerest appreciation and gratitude to Dr. May Abdo-Matkiwsky, DO and Sandra Winters, APN for their above and beyond compassion and dedication throughout this past year.
A celebration of Warren’s life will be held at a later date so that all who cared for him may attend. In lieu of flowers, please consider making a donation to the Stockholm United Methodist Church in Warren’s honor. Services under the direction of Ferguson-Vernon Funeral Home, 241 Route 94, Vernon, NJ. Information and condolences can be found at www.fergusonvernonfuneralhome.com