To share your memory on the wall of John Timchak, sign in using one of the following options:

John attended Grade School #9 in Paterson and Central High School in Paterson, then he joined the Paterson Fire Department and attained the position of Captain before retiring in 1992 after 25 years of service. He attended Jersey City State College while with the Fire Department studying Fire Science. John was a parishioner of St. Francis deSales RC Church in Vernon Twp., NJ and enjoyed golfing at the Queen Valley Golf Course in AZ as well as shooting at the Skeet Club and riding with the ATV Club in Queen Valley, AZ while a winter resident for 20 years. He also enjoyed fishing, hunting and golf. He was an avid gardener to the envy of his neighbors. John enjoyed doing his own carpentry to beautify his home.

John is predeceased by 2 brothers, Leonard and James Timchak and a sister, Margaret Hulme and is the beloved husband for 59 years of Mary Timchak(nee Heberling) of Glenwood, NJ. Devoted father of Cindi Timchak of Manassas, VA, John Timchak and his wife, Christine of Vernon Twp., NJ and Autumn O’Shea of Lodi, NJ. Cherished by 7 grandchildren and 6 great grandchildren. Dear brother of Jeanette Consoli of Greenville, NY, Loretta Cairns of Chandler, AZ and Kenneth Timchak of San Jose, CA. Also survived by many nieces, nephews, grandnieces and grandnephews.

Private cremation services under the direction of Ferguson-Vernon Funeral Home, 241 Route 94, Vernon, NJ. A Celebration of John’s Life will be scheduled for a later date. Memorial gifts to St. Jude’s Children’s Research Hospital, www.stjude.org would be greatly appreciated.
Read Less

Posted Feb 12, 2021 at 06:55pm
Mary, I have so many memories, you and John, Reggie and I, and other friends sitting on my porch in Queen Valley watching the sun go down, and laughing, laughing, laughing....you and I have been blessed to have had wonderful husbands. Thank you Lord for our blessings. In sympathy, friendship, and love, Mary Henderson
Comment Share
Share via: 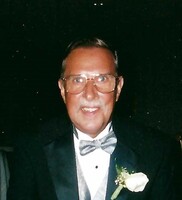 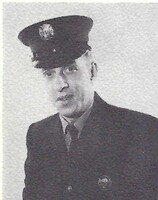