To share your memory on the wall of Joseph Sulsona, sign in using one of the following options:

Joseph served with the United States Air Force during the Korean War 1953-1957 and then worked as a Supervisor and Computer Operator for Columbia University in New York City for many years retiring in 2001. Joseph enjoyed coin and stamp collecting, World War II history, dedicated to his country and Family a New York Yankees Fan. He was best remembered as a doting husband, father, grandfather and great grandfather.

Joseph is predeceased by 3 brothers, Joaquim, David and Julie and a sister, Miriam and is the beloved husband for 61 years of Elsie Sulsona(nee Rosado). Devoted father of Michael K. Sulsona and his wife, Teresa of Butler, NJ, Joseph A. Sulsona of Ringwood, NJ and Donna M. Sulsona of Vernon Twp., NJ. Loving grandfather of Sara, Michael, David and Dina. Cherished great grandfather of Amira. Dear brother of Candida Frybergh of Long Island, NY and Mary Lucy Sulsona of North Carolina.

The family will receive their friends for a memorial visitation at Ferguson-Vernon Funeral Home, 241 Route 94(1 Vanderhoof Court for GPS), Vernon, NJ from 1-2 PM on Saturday, February 27, 2021. Due to government restrictions, a total of 105 people will be allowed in the funeral home at any one time. Memorial serv ice to follow at the funeral home at 2 PM. Cremation was private. Memorial gifts to a favorite charity would be greatly appreciated.
Read Less

Posted Mar 01, 2021 at 03:58pm
Please accept my most heartfelt sympathies for your loss. My thoughts are with you all during this difficult time. He will certainly be missed.

3 trees were planted in the memory of Joseph Sulsona

Posted Feb 22, 2021 at 05:03pm
Wishing you peace to bring comfort, courage to face the days ahead and loving memories to forever hold in your hearts.

Posted Feb 20, 2021 at 08:42am
My deepest condolences to the family. My fondest memories are sitting together at Tae Kwan Do and watching all the kids together. He was always so supportive and always there for his grandkids, he was a very proud grandpa.
Comment Share
Share via:
PC

Posted Feb 20, 2021 at 12:24am
Deepest condolences to the family on the loss of a gentleman whose family meant the world to him. May he Rest In Peace. Always in your hearts.
Comment Share
Share via: 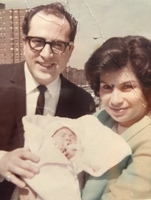 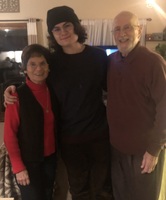 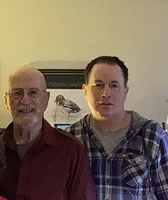