To share your memory on the wall of Robert Ohl, sign in using one of the following options:

Robert owned and operated the Vernon Crossing Tire and Auto, workin... Read More
Vernon; Robert H. Ohl, 80, passed away at his residence on Monday February 22, 2021. Robert was born on October 27, 1940 in The Bronx, NY to Henry and Alice (Harty) Ohl.

Robert owned and operated the Vernon Crossing Tire and Auto, working long hours on cars and motorcycles. He was a proud member of the NRA. He was an avid reader and frequent visitor at the library, and motorcyclist enthusiastic and enjoyed rabbit hunting.

Robert is survived by his daughters, Alyson Rose and her husband Robert of Hopatcong, Victoria Christmann of Mahwah and Kariann Ohl of Vernon, grandfather of Jessica, Samantha, Donald, Juliana, Holden and Cassidy, and great-grandfather of Blake Ryan, and brother of Richard Ohl and his wife Joanne of Hardwick Twp., and Henry Ohl and his wife Karen of Vernon and his nieces and nephews, and his special beagles
Read Less

Posted Feb 26, 2021 at 07:30am
We are so sorry for your loss. May he live forever in your heart and memories. With thoughts of peace and courage for you.

"May her lakes and rivers bless you. May the luck of the Irish enfold you. Saint Patrick behold you." "Death leaves a heartache no one can heal; Love leaves a memory no one can steal"

You were one of a kind, many memories: fixing the cars, deely bobbers (shamrocks of course), bunny tails for Jon, BB's that were collected after all the kids shot them (jar still fill), Happy hour (s)!!!, Harley rides for the kids, what someone thought Julia was yours and RoRo's is that how young you were!!, beagles chasing bears oh my, scared Joseph to death watching through a window. Watching Alyson, Vicki and my kids play together, lots of grandkids! Trips to visit my family in Colorado, long trip, then you had to drive home. Then visiting us in SC, to hot here (haha). We had a blast, great conversations where ever and when ever. Happy thoughts. Here is a cheers to you with a Glenfiddich!
LOVE YOU MARY!
Comment Share
Share via:
RO

Posted Feb 25, 2021 at 05:50pm
Rosemary Ohl Rob I will miss you forever . Thanks for the wonderful times and great memories .We'll meet again don't know where , don't know on some bright sunny day
Comment Share
Share via:
DR 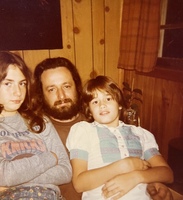 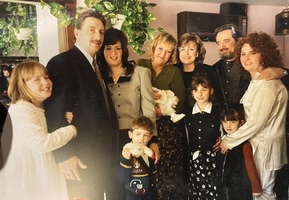 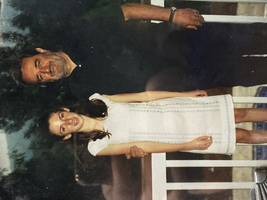 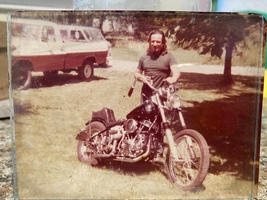