To share your memory on the wall of Mary Annunziato, sign in using one of the following options:

Print
On Wednesday, February 24, 2021, Mary Annunziato, loving mother and grandmother, passed away peacefully in her sleep after many years of suffering through Alzheimer’s disease.

Mary was born on May 15, 1950 in Rutherford, NJ to James an... Read More
On Wednesday, February 24, 2021, Mary Annunziato, loving mother and grandmother, passed away peacefully in her sleep after many years of suffering through Alzheimer’s disease.

Mary was born on May 15, 1950 in Rutherford, NJ to James and Betty June (Fees) Bader. She married her husband Vincent Annunziato, Jr. on April 14, 1973 and they raised their three children in Vernon, NJ for over twenty years before moving to Toms River, NJ in 2005. Mary was a dedicated medical executive assistant and transcriptionist until her illness put her into an early retirement in 2011. She excelled professionally and worked hard to support her family, but her greatest devotion and joy in life came from being a mother and later a grandmother. Her best memories included family vacations, caring for her dogs, holidays and family dinners, and spending time laughing and reminiscing with loved ones. Mary gave selflessly throughout her life, and this trait extended through her children and to everyone whose life she touched as she always offered kindness, a listening ear and optimistic assurance in times of doubt. Mary would drop everything to be there for others, always putting them first and wanting to make things easier for them—even in her passing from this world.

Mary is survived by her son, Vincent Annunziato III and his wife, Christie, of Sparta; daughter, Stacey Payne and her husband, Jon, of Texas; granddaughters, Madison Payne and Nina Annunziato; and grandsons, Jaxson Payne and Vincent “James” Annunziato IV; her brother, Robert Bader; and her sister, Laura Bader. Besides her parents, Mary was predeceased by her husband, Vincent; her daughter, Melissa; her sister, Sandra Bader; and her brother, Jimmy Bader.

Relatives and friends will be received on Tuesday, March 2 from 9 a.m. to the time of service at 11:00 at the Ferguson-Vernon Funeral Home, 241 Route 94, Vernon (GPS use 1 Vanderhoof Court). Committal interment services will be at Warwick Cemetery, Warwick, N.Y.

In lieu of flowers, donations may be made to the Alzheimer’s Association.
Read Less

Donations are being accepted for: Alzheimer's Association.

We encourage you to share your most beloved memories of Mary here, so that the family and other loved ones can always see it. You can upload cherished photographs, or share your favorite stories, and can even comment on those shared by others.

Posted Mar 21, 2021 at 11:25am
Vince and Stacey, Please accept our most sincere Sympathy for the lose of your Mom. What a Beautiful person. I remember some great phone conversations with Mom during your teen years. It was our pleasure to know her and your Family. Ron and Yvonne Finamore
Comment Share
Share via:
MM

Posted Feb 25, 2021 at 04:20pm
My sincere sympathy for Mary's family. Mary was one of my oldest and dearest friends. I was blessed to have such a sweet, caring and loyal friend with whom I have so many good memories. Rest in peace dear Mary. I will miss you. Marianne Mack
Comment Share
Share via: 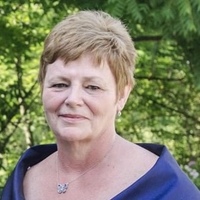