To share your memory on the wall of John Allen, sign in using one of the following options:

John served in the United States Army during the Korean War and then worked at Union Carbide for 18 years then as a plant manager for Sealed Air Corp and then as a general manager for Polyfilm of America in Bound Brook before retiring in 2007. He then worked as a part time parts driver for Carquest to keep himself active. John was an avid bowler and scored a 300 game at Franklin Lanes, he also enjoyed fishing with his buddies at the Franklin Pond.

John is predeceased by his wife, Anna M. Allen(2019) and a daughter, Laurie Ann Allen(2009) and is the devoted father of John R. Allen, Jr. and his wife, Loretta of Akron, OH, Mark Allen and his wife, Zophia of Stockholm, NJ and Vickie Carmody and her husband, Christopher of Sparta, NJ. Cherished grandfather of Jenna Matthews and her husband, Ian of Columbia, SC and 6 grandchildren. Also survived by 3 great grandsons and his dog, Lady.

The family will receive their friends for memorial visitation at F. John Ramsey Funeral Home, One Main Street, Franklin, NJ on Saturday, March 13, 2021 from 9 to 11 AM. Memorial service to follow at 11:00 AM with inurnment at Immaculate Conception Mausoleum. Memorial gifts to Karen Ann Quinlan Hospice Foundation, 99 Sparta Avenue, Newton, NJ would be greatly appreciated. Due to Government Restrictions, no more than 100 people will be allowed in the premises at one time and face coverings are required by all who enter.
Read Less

Posted Mar 09, 2021 at 06:51am
On behalf of the Finance and Comptroller Soldiers at Fort Jackson, we share our deepest condolences to SSG Matthews and her family on the loss of her grandfather.
Comment Share
Share via: 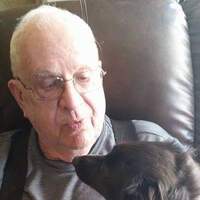 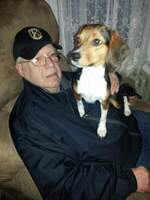 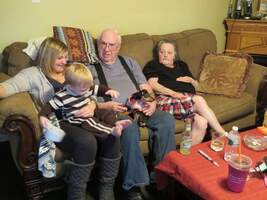