To share your memory on the wall of Raymond Crawn, sign in using one of the following options:

Print
Sussex; Raymond Crawn Jr. 91, passed away peacefully on Monday March 15, 2021 at his residence in Sussex. Raymond was born in Newton, NJ on November 17, 1929 to Raymond and Elizabeth (nee Vandermark) Crawn Sr.

Raymond served in the Unite... Read More
Sussex; Raymond Crawn Jr. 91, passed away peacefully on Monday March 15, 2021 at his residence in Sussex. Raymond was born in Newton, NJ on November 17, 1929 to Raymond and Elizabeth (nee Vandermark) Crawn Sr.

Raymond served in the United States Army during the Korean War. Raymond was a Manager at Food City in Sussex for 27 years, he then worked as a Beer Salesman for Warren Distributors in Mt. Olive for 15 years and then was a Delivery Driver for NAPA in Sussex, NJ. He was a 1948 graduate of Sussex High School. Raymond was a 65 year member of the Sussex Fire Department, he was a past Chief and an Exempt Firemen and was voted Firemen of the Year in 1978. He was a Grand Marshall of the Sussex County parade. He was avid New York Yankee fan. Raymond was the manager of the Sussex Firemen’s softball team which won two years championship games.

Raymond was predeceased by his two siblings, Frederick “Pete” Crawn and Nora Cosh.

Raymond is survived by his loving wife of 69 years, Ethel (nee Pumleye) Crawn, and his cherished daughter, Carol Siebert and her husband Ron of Vernon and a sister , Winifred Braun of Grand Rapids, Mich and several nieces and nephews.

Relatives and friends will be received on Thursday March 18th from 3-6pm at the Ferguson Funeral Home 27 Third Street, Sussex, NJ with Sussex Fire Department services at 6PM. Funeral services on Friday March 19th at 11AM at the funeral home, interment at North Hardyston Cemetery. In lieu of flowers donations to the Sussex Fire Department 25 Loomis Ave., Sussex, NJ 07461. For directions and donations see www.fergusonfuneralhomes.com.
Read Less

Donations are being accepted for: Sussex Fire Department and First Aid Squad.

We encourage you to share your most beloved memories of Raymond here, so that the family and other loved ones can always see it. You can upload cherished photographs, or share your favorite stories, and can even comment on those shared by others.

Posted Mar 17, 2021 at 01:14pm
Dear Ethel, Carol and family, Please accept o my most heartfelt condolences during this most difficult time of mourning. Sincerely,

Posted Mar 16, 2021 at 04:41pm
Dear Ethel and Carol,
We send our sincere sympathy during this time. I worked with Ray at Food City, when I was in High School. I have known him for a long time, he always had a smile and a kind word. Our son Bill worked with him at Napa, and they always talked about baseball, of course Ray was Yankee and Bill is Mets! Rest in Peace, Ray! You are all in our thoughts and prayers.
David, Dee & Bill Shepherd
Comment Share
Share via: 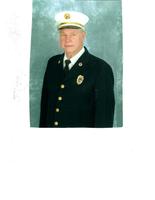