To share your memory on the wall of James Wright, sign in using one of the following options:

We encourage you to share your most beloved memories of James here, so that the family and other loved ones can always see it. You can upload cherished photographs, or share your favorite stories, and can even comment on those shared by others.

Posted Mar 29, 2021 at 12:43pm
We are deeply saddened by the news of Jim’s passing. We were blessed to have met Jim and his family many years ago. Our thoughts and prayers are with you.
The Green Family
Comment Share
Share via:
WG

Posted Mar 27, 2021 at 10:24pm
I was saddened to hear about Uncle Jim's passing. My thoughts and prayers to the Wright family.
Wendy Green
Comment Share
Share via:
J

Posted Mar 18, 2021 at 11:25am
We remember all the practice runs Jim did in prep for the Appalachian Trial hike. He had such a passion for that project. He always had a friendly hello as we met on our walks around the lake. He and Carolyn were truly a integral part of our lake community. So glad that his family will continue his legacy here at Lake Tam.. May you sense the Lord's comfort and peace during this difficult time. You have beautiful memories to carry with you forever.
jutta & peter
Comment Share
Share via:

Posted Mar 18, 2021 at 09:31am
Jim was an integral part of our community always giving back. He was a role model to many. We were blesses to have him among us. Veronica
Comment Share
Share via:
ES

Posted Mar 15, 2021 at 09:14pm
Jim was a very quiet gentle man. He loved his wife, children and grandchildren. Always had a smile. He will be missed. 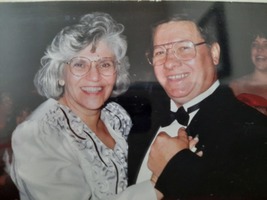