To share your memory on the wall of Virgil Rome , sign in using one of the following options:

Virgil had been employed for 34 years as a tractor trailer driver for the Plastoid Corporation in Hamburg, NJ. Virgil attended Wantage Schools. He was a member of the Sussex United Methodist Church. He served in the US Army for two years and several more in the reserves. He was stationed at Fort Sill, OK where he was in charge of loading the state of the art "Honest John" rocket. He was the recipient of the Good Conduct medal. He loved to sing to whomever would listen, he loved to play baseball and play basketball with his children. He rode his bicycle up to the age of 88 and is well known among his family for his skills at sitting on the bike handlebars and riding backwards, walking on his stilts and for his horseshoe skills.

Print
All services are private

We encourage you to share your most beloved memories of Virgil here, so that the family and other loved ones can always see it. You can upload cherished photographs, or share your favorite stories, and can even comment on those shared by others.

Posted May 21, 2021 at 01:55pm
Cheryl, Virgil, Dave and the Rome family. So sorry for your loss. Sounds like your family patriarch enjoyed life and was proud of his legacy. Would have liked to have known him. We might have been able to do a duet or even a trio with Disco Dave DiMarco. May Virgil Sr. rest in peace.
Comment Share
Share via: 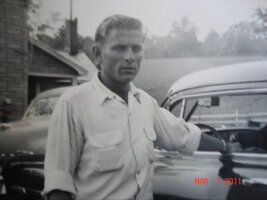 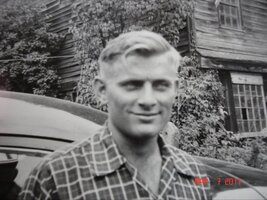