To share your memory on the wall of Constance Warren, sign in using one of the following options:

Connie was a fiery force in her household of men, and inspired her children and grandchildren with her confidence, strength, enthusiasm for travel and love for her family and the pets she raised, rescued, and cherished over the years. Her home was regularly filled with the sounds of laughter, the click of paws scampering across wooden floors, the clink of wine glasses at family gatherings and the smells of her Italian cooking wafting through the air. She had devout faith in a loving God and thanked Him daily for the health and well-being of her children and their families.

While deeply saddened by this loss, her children and grandchildren are comforted by the knowledge that she lived a long, happy life and by the belief that she is now reunited with her husband John, her mother Aldine, her beloved Aunt Ann, best friend Lee, and generations of wagging pups who have been waiting so desperately to greet her again.

Private cremation arrangements under the direction of Ferguson-Vernon Funeral Home, 241 Route 94, Vernon, NJ. In lieu of flowers, donations can be made to the Middletown NY ASCPCA where she found her loving dog Brewster.
Read Less

Donations are being accepted for: A.S.P.C.A..

We encourage you to share your most beloved memories of Constance here, so that the family and other loved ones can always see it. You can upload cherished photographs, or share your favorite stories, and can even comment on those shared by others. 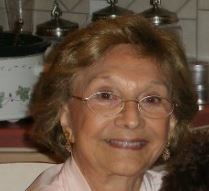 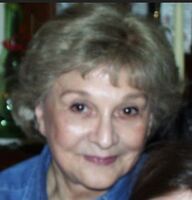 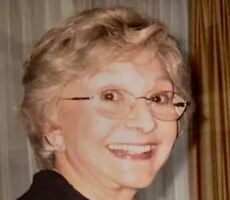