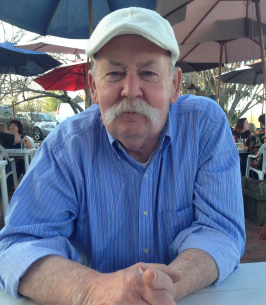 It is with heavy hearts that we share the news of the passing of our beloved William Murphy. He left us after a short illness on Monday, September 19, 2022.

Murph was born in Paterson, NJ, and spent his school years in Bloomingdale, New Jersey. He is a 1968 graduate of Butler High School where he was the 1967 football team co-captain and was on the wrestling squad for his four years at Butler. He also received his AS degree in Business from County College of Morris. William worked as a technician for AB Dick for 30 years and moved to Lowe’s where he worked until 2015 at the Butler location, where his personality and good humor have a lasting impact.

He was a friend to everyone--old schoolmates, new acquaintances, reconnections, and even those he had yet to meet.

His niece, Kate, summed up our Bill very nicely~~
If you knew him, then you are the luckiest d*** person in the world. This man was sunshine. The life of the party. You wanted to be near him, always.