To share your memory on the wall of Nicholas Pisco, sign in using one of the following options:

Nicholas was a great man he was warehouse keeper for the Metro North Railroad in NYC for 34 years retiring in 2010. Nicholas served honorable and proud in the Army National Guard for 20 years retiring in the infantry unit. He was a member of the NRA, and a fan of the New York Jets, New York Yankees and New York Rangers.

Nicholas was predeceased by his mother Margaret Pisco, his father Charles Pisco, his sister-in-law, Theresa Pisco and his cousins Jimmy McGivney and Barbara-Jean Bush.

Nicholas was married for 39 years to Rose (Proscia) Pisco, and father of Nicholas Joseph Pisco Jr. of New York City, Angela Pisco and Victoria Pisco both of Vernon, and brother to, Joseph Pisco and his wife Jo-Ann, Charles Pisco and Anthony Pisco all of Vernon and survived by many nieces and nephews.

Relatives and friends are invited to a walk-through visitation on Thursday, February 4th from 2-4pm and 7-9pm at Ferguson - Vernon Funeral Home, 241 Rt. 94, Vernon, NJ (GPS use 1 Vanderhoof Court). All can also attend the mass of Christian burial service at 10 am on Friday, February 5th at St. Francis de Sales RC Church, Vernon, NJ. The committal and interment service will follow at Glenwood Cemetery, Vernon, NJ.

In lieu of flowers donations to, Wounded Warrior Project P.O. Box 758517, Topeka, KS 66675 or www.woundedwarriorproject.org. For directions and condolences

We encourage you to share your most beloved memories of Nicholas here, so that the family and other loved ones can always see it. You can upload cherished photographs, or share your favorite stories, and can even comment on those shared by others.

Posted Feb 04, 2021 at 01:01pm
My husband, Frank DiPietra, worked with Nicky at Metro-North for many years. He spoke of him very often at home, always with a smile. I finally met Nicky at my husband's 60th birthday party. Knowing my husband was a watch collector, Nicky had selected a really nice Swiss Army watch as a gift for my husband. He wears it often and now it will always be a cherished remembrance of Nicky. My husband is having some health issues right now...but truly, we were both very sad to hear of Nicky's passing. We send our sincere condolences to Nicky's family and friends.
Comment Share
Share via:
RP

Posted Feb 03, 2021 at 04:14pm
My deep condolences to the entire Pisco family. I first met Nicky while working at MNCRR in the mid to late 1980's where the storeroom for Mott Haven in the Bronx was located.I would see Nicky every day as the 3rd Rail headquarters was located in the front of the building. I think that I speak for all those that knew and met Nicky. He always had a smile on his face and was just a great guy to know, no one ever had a bad word to say about him. I, ( and about 20 or more of us ) always enjoyed Nicky's lunches that he made, along with his helper and sidekick, Mean Gene. I also always enjoyed Nicky's company on the many retiree parties that we had at Frankie & Johnny's in the Bronx. R.I.P. my friend, until we meet again, Ray Pirotta, retired 3rd Rail Foreman, 2008.
Comment Share
Share via:
B

I could not say it much better than my friend Ray did.I was one of those 20 or more who really enjoyed Nicky's lunches. Let me add if you needed anything for the job or otherwise Nicky would always go out of his way to help you. He made going to work at Mott Haven a pleasure. As my other friend from Mott Haven would have said he was a regular. That always meant he was one of the good guys.He certainly was and the world needed more Nicky's. Sorry for your loss.Brendan Prongay power department at MO and GCT
BM

Posted Feb 02, 2021 at 05:06pm
Rose, Nick, Angela and Victoria...our deepest sympathies. We have lost a great friend. His sense of humor and laughter
will always be with us. He will be missed !
Love,
Bob and Susan Meaney
Comment Share
Share via:
LW

Posted Jan 30, 2021 at 06:16pm
Nickey you brought such joy to those around you ! You did whatever you needed to to make your family smile at your highjinks ! Heaven will be in stitches now ! Love your cousin Lorraine
Comment Share
Share via: 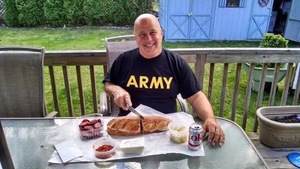 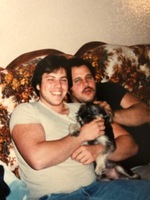 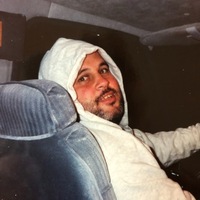 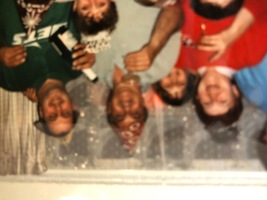