To share your memory on the wall of John Mitchell, sign in using one of the following options:

John received his BA in Business from Rutgers University and served with the United States Navy during World War II. He then owned and operated Dynatrol, Inc. in North Bergen, NJ before retiring in 1998. John had an affinity for aviation history and was a doting grandfather.

Posted Jun 14, 2021 at 12:12pm
My name is Eric John De Kovessey, my dad Fred and John were inseparable best friends , growing up in Englewood NJ. My parents gave me John as my middle name and asked John to be my Godfather. Uncle John is my favorite story teller. His memories of he and dad were always funny and sentimental. Uncle John would stop at our house on the way home and entertain mom, dad and my 3 brothers and me. Aunt Kay and I shared the same birthday April 21st and I called her every year from the time I was very young. She and I would have a wonderful conversation and the she'd put Uncle John on the phone and the stories would begin. Uncke John was always there for me. When I turned 17, he gave me their family car, a 1955 chevy, WOW! When I was about 19, I was going through a tough time and couldn't decide how to move forward with my life. He told me to think about my priorities, and my "direction" would work itself out. I love you very much Uncle John , you're always with me.
Comment Share
Share via: 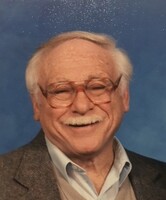